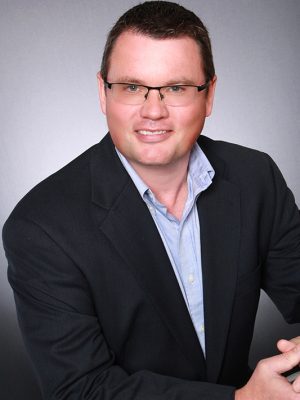 Matt Lincoln always knew he wanted to work with the public and, after a twenty-year career with the Target Corporation, joined the family Real Estate business. His success was swift due to his hard work and passion, helping families sell their homes quickly and then continuing to help with the purchase of a new home. Matt was licensed in December of 2013, off and running in 2014, and honored by his peers in 2015 by being named “Rookie of the Year.”

He met Barbara his first year in the business, unaware that she was watching his career unfold and that she had taken notice of his ability to sell, his considerate people skills, plus his outstanding managerial skills. As is Barbara’s way, they became friends first and then partners. Today Matt is Vice President of Operation for Barbara Popp Real Estate Services.

Born and raised in Southern Indiana, Matt is a graduate of Indiana University’s Kelly School of Business. His passion and knowledge of the Region and being licensed in Indiana and Kentucky have allowed his leadership to shine. He oversees all transactions and works closely with the entire team. He loves his job, and it shows both at the office and with the customers. He has positioned Barbara Popp Real Estate Services to enter the new decade, and they are excited!

Reach Matt by email at matt@barbarapopp.com.